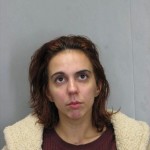 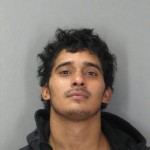 Fairfax County Police apprehended and charged two fugitives wanted in Manassas in a neighborhood off of Route 7 in Reston on Tuesday.

Police were called to the 9700 block of Thompson Run Court around 5:19 a.m.Tuesday for a report of someone breaking into a car.

Responding officers saw the person flee and summoned the K-9 officers and the police to assist with the search. After a short foot chase in the neighborhood, the two were apprehended and taken into custody about 7 a.m.

FCPD’s investigation revealed that the people were both wanted in Prince William County and Loudoun County. Loudoun County detectives are also following up with auto theft incidents that took place earlier in the week, FCPD said.

The investigation is continuing. Anyone with additional information is asked to contact Crime Solvers electronically by visitinghttp://www.fairfaxcrimesolvers.org or text-a-tip by texting “TIP187” plus your message to CRIMES(274637)** or by calling 1-866-411-TIPS(8477), or call Fairfax County Police at 703-691-2131.