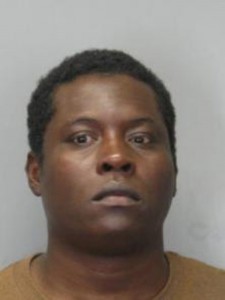 George Laniyan, 38, of no fixed address, allegedly entered an occupied home in the 12000 block of Kinsley Place in the West Market area of Reston Town Center about 12:20 p.m. on Friday, Fairfax County Police said.

No property was taken. Responding officers located the suspect in the area and identified him as the suspect. He was arrested, transported to the Fairfax County Adult Detention Center, and charged with burglary.

In early December, Laniyan was arrested for a similar crime in the neighborhood of $800,000 townhouses near Reston Town Center.

In that incident, police found Laniyan living in a vacant townhome in the 12700 block of Kinsley Place. A neighbor had called police after a resident said an unknown man had been seen hanging around in the morning and evenings, and lights were on in the vacant home.

When police went to the home in the December incident, they announced themselves. A man answered from a second floor location, but refused to come downstairs.

Officers went upstairs and located the man in a bathroom. He refused all commands — and told police they would have to kill him. Police used a taser, which did not affect the suspect. Police were still able to take him into custody, however.

The police investigation revealed that the suspect is homeless and had been squatting in the vacant residence. The owners of the residence responded and advised nothing in the home was missing.

more stories
Previous
RA Says Agreement With County Will Result in ‘No Net Loss’ of Land
Next
Progress Report: Shovels in Ground at RTC West, But That’s Just the Start