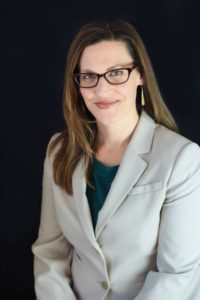 Melanie Meren won the endorsement of the Hunter Mill District Democratic Committee for school board with 80 percent of the vote on Wednesday.

The self-described Fairfax County parent leader, whose platform centers around “strong education,” is one of three candidates that were seeking the Hunter Mill District seat on the Fairfax County School Board.

“We are excited to support Melanie’s campaign for School Board and thank outgoing School Board member Pat Hynes for her many years of service to Hunter Mill, to our students and teachers,” wrote Gordon Simonett and Denver Supinger, co-chairs of the HMDDC.

Andy Sigle, former president of Reston Association’s Board of Directors, and Laura Ramirez Drain, whose campaign focuses on Family Life Education and the budget, were also running for the board seat. The seat was vacated by longtime Hunter Mill District Representative Pat Hynes in January. Meren’s endorsement bumps other candidates out of the race.

Meren and her husband Drew are 14 year residents of Hunter Mill District, where their two children attend public school. After graduating with a Master’s degree in Public Policy she worked in early childhood education at the US Department of Education’s Title 1 office managing a $15 million grant program for the nation’s most underfunded schools. After leaving the Dept. of Ed she founded her own education policy firm that advocates in particular for environmental education in public schools. Her professional and personal lives overlapped in 2016 when budget cuts threatened a multi-million dollar reduction in school funding. She responded by successfully advocating for and recovering $60 million through community activism and organizing parents in Hunter Mill.

Meren won with an overwhelming 109 votes, while Sigle had 27 votes.

An official endorsement by the Fairfax County Democratic Committee is expected on May 21. Meren’s name will be on the November ballot without party identification.