This event listing has been removed or the event has already occurred.
Submit Your Event
Category: All Events
Thursday, February 20
February 20 7:00pm - 8:30pm 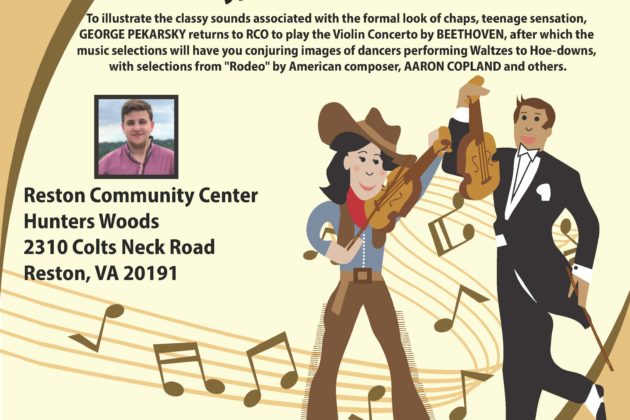 When you join the Reston Community Orchestra for Spats N’ Chaps you will hear two pairs of wildly contrasting symphonic dances, plus a Beethoven masterpiece interpreted by a talented young violinist – all under the baton of Dingwall Fleary!

The RCO will also shine a “spotlight on youth.” Teenager George Pekarsky, a student at Westfield High School, will perform Beethoven’s flashy and tuneful Violin Concerto with the orchestra, a challenge for even the most celebrated virtuoso players