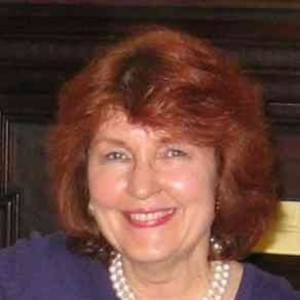 This is a letter from Diane Blust, former chair of Reston Association’s Environmental Advisory Committee. She resigned last week after RA’s Board voted to approve a land swap in order for developers to build a new parking garage at Lake Anne Plaza. Something on your mind? Send a letter to the editor to [email protected].

As some of you know, I took the extraordinary step of resigning last week from Reston Association’s Environmental Advisory Committee and as the Chair of RA’s Sustainability Working Group, which was established just last spring by the RA Board to design a sustainability road map for RA.

It would be easy to say I stepped down because of a few trees.  But, that would be a gross oversimplification.  The RA Board decision to swap an acre of mature upland forest for land that serves in part as a drainage ditch for Baron Cameron came at the end of a long process marked by a lack of transparency and bad management.  Changes must be made if Reston is to develop and redevelop in a truly sustainable manner, one that meets “the community’s present needs while preserving Reston’s essential character and ensuring the ability of future generations to meet their needs” — the RA Board’s own definition of sustainability.

The management of the land swap process was flawed, largely due to a lack of transparency.  Although senior RA staff was aware of the plan, neither RA environmental staff nor the volunteers on the Environmental Advisory Committee were told that RA was considering giving up an acre of natural area as RA’s contribution to the revitalization of Lake Anne. Outside advisors were apparently hired to help with decision, but the people charged with providing the RA Board with sound advice on the management of RA’s natural areas were completely left out of the discussion.

If we had been involved, the RA Board would have learned what we tried to tell them in testimony at public hearings and in emails: this little acre was much more than land and trees.  It was a valuable upland forest ecosystem that captured stormwater and carbon, provided a natural area for members, and provided habitat for critters providing services that promote human health.  It was most certainly not “just some trees.”

The process was flawed because there was no broad community involvement. The week before the October Board meeting, a couple legal notices stating RA was considering a land swap with the Lake Anne Development Partners appeared in the Connection and the Fairfax Times.  Full details of the land swap were not posted to the RA website until the week of the October board meeting.

Yes, this covered RA from a strictly legal point view.  But, no organization that strives to be sustainable would be satisfied with doing the absolute legal minimum.  Sustainable organizations actively engage members to ensure broad community support for policies and decisions.   END_OF_DOCUMENT_TOKEN_TO_BE_REPLACED 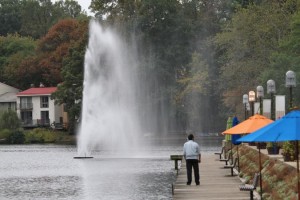 Written by Nigel Phillips. Submit your letters to the editor to [email protected].

I think all of us are for supporting moves for making sure that the ‘1.1 acres’, as I call the Reston Association land that is up for a swap consideration as part of the Lake Anne redevelopment, is properly managed in its widest sense for the benefit of the community. This is important, because it’s not in the middle of Hunters Wood, it’s going to be in the middle of one gigantic building site before too long. And not just for a few months, but for several years.

Trees have a nasty habit of disappearing when construction starts on any building site, especially when they’re right in the middle of things. When the building is complete this ‘1.1 acres’ is definitely going to be in the middle of an urban center. I know many Restonians (can I use that term?) like to think they live in a forest. I’ve a slightly different take on this.

The reality is that the trees essentially provide barriers between the many diverse centers of activity (housing clusters, commercial centers, recreational sites, schools, places of worship, parks, etc.) and in many cases follow terrain that is of low value or not commercially viable (ravines, the sides of roads, the backs of developments). As an example, the walk up to the Town Center from Lake Anne is typical; it’s at the bottom of a ravine or the backs of housing clusters. And how many forests have asphalt paved paths! Now that definitely is a hallmark of urbanization.
END_OF_DOCUMENT_TOKEN_TO_BE_REPLACED