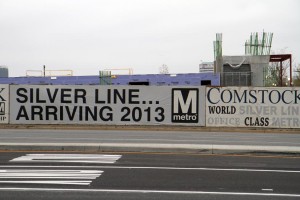 The Reston Master Plan Task Force is about to publish what could be its final draft  for the future of development around Reston’s Metro stations, and the Reston 2020 Committee is giving those plans a ‘D’ grade.

Reston 2020, the community planning entity of the Reston Citizens Association, presented the findings to RCA at its regular meeting on Monday.

Reston 2020 co-chair Terry Maynard  says the group examined each section of the draft Plan in terms of its impact on Reston’s quality of life and the community’s vision and values.

“The overall grade was based on the compilation of grades for each of the draft Plan’s sections,” Reston2020 said in a press release. “The highest grade given, a “B”, was awarded to the Overview, which covers Reston’s Vision and Planning Principles, and to the Environmental Stewardship section. Grades of “F” — which meant the section met virtually none of Reston’s expectations—were earned by the Urban Parks, Recreation, and Cultural Facilities section and the Implementation section.

“We’ve worked as hard on this as anyone over the last 4 years,” said RCA President Colin Mills. “I’d hoped that by now, we’d have something we could all be proud of. But we’ve got to call it like we see it, and there are major issues that haven’t been addressed yet. We need a plan that meets our community’s expectations for the future.”

Said Maynard: “Restonians deserve a draft Plan that is much more responsive to their needs now and in the future.  This draft Plan generally focuses on the needs of developers and the County although we appreciate its relative strength in environmental stewardship, an important concern to Restonians.”

The RCA Board voted unanimously to direct Maynard, RCA’s representative to the Special Study Task Force, to vote “No” on the draft plan in its current form if a vote is taken as planned at the task force’s meeting Tuesday.