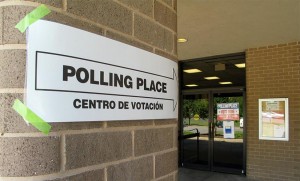 Tuesday is Election Day, and Virginia voters will go to the polls to elect a governor, lieutenant governor, attorney general, sheriff and state delegate. Voters in Fairfax County will also vote Yes or No on a $250 million school bond issue.

With Terry McAuliffe leading in the polls, will voters return a Democrat to the Governors Mansion in Richmond? Or will Virginia Attorney Ken Cuccinelli head the commonwealth?

And what impact will Libertarian Robert Sarvis, who has been polling with about 10 percent, have on the outcome of the governor’s race?

Polls are open from 6 a.m. to 7 p.m. For more Election Day details, visit the Virginia Board of Elections website.

Here is a quick guide to the candidates.