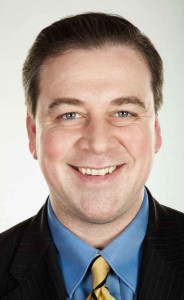 Sinclair, who said he was resigning for personal reasons, headed the organization since January of 2012. Prior to that he held positions as Arts and Events Director at Reston Community Center and Director of Development at Arena Stage in Washington, D.C.

Sinclair’s departure comes at a crucial time for GRACE, which will celebrate its 40th anniversary in 2014. Sinclair was instrumental in implementing the new “40 Forward” program, which is a major fundraising effort, as well as “Generation Next,” an outreach to younger patrons.

GRACE Board Chair Robert Goudie said the board will meet this week to start the process of finding a replacement.

“The vision Damian drove in reorienting GRACE — embodied in the message and success of our 40 Forward campaign — provides a powerful legacy,” said Goudie. “Finding someone who can bring the passion, energy and skills needed to keep moving the vision forward presents GRACE with a steep challenge.”