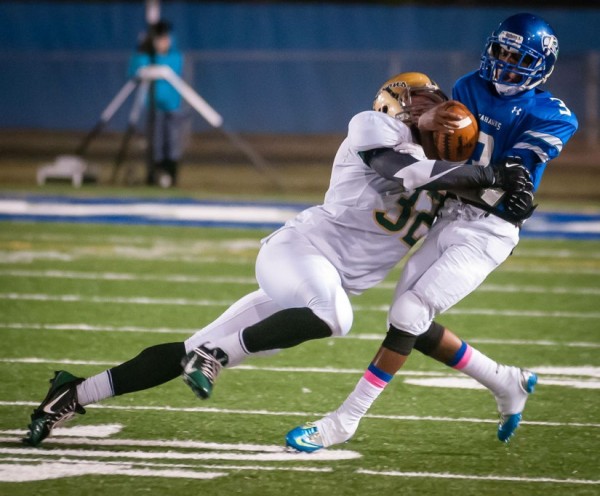 South Lakes High School’s football team will play in the postseason for the first time since 2010.

Even though the Seahawks lost to Fairfax 24-7 on Friday, the team finished 5-5, which was good enough for a spot in the Virginia High School League Northern Region postseason.

Centreville has scored more than 28 points in every game this season and more than 50 four times. The Wildcats are ranked No. 2 by the Washington Post. They have outscored their opponents 513-96 this season.

South Lakes, in its third year under Marvin Wooten, has made great strides this season. After the team made the playoffs in 2010, the lone season under coach Andy Hill, Wooten took over, and the Seahawks were 1-9 in 2011 and 3-7 in 2012.

Senior Ethan Clark was named Co-Defensive Player of the Year.