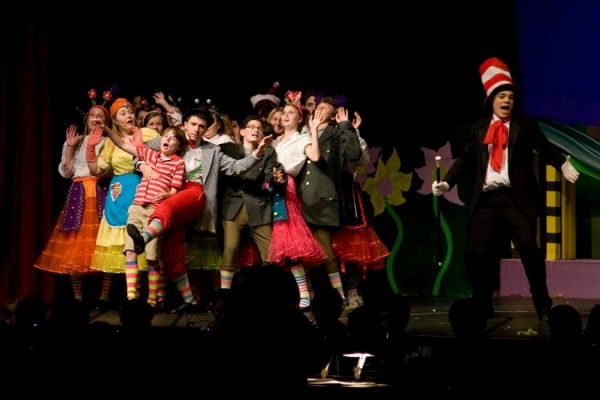 Who is ready for a little Seuss?

The Herndon High School drama department opens Seussical, its fall musical, this weekend. Performances are Friday and Saturday at 7:30 p.m and Sunday at 2 p..m.

Seussical is based on several beloved Dr. Seuess stories wrapped into a musical.  The Cat in the Hat narrates the story of Horton the elephant who discovers a speck of dust containing Whos. Among them: Jojo, a Who child sent off to a military school for thinking too many “thinks.”

This is Herndon’s first performance of the musical, which debuted on Broadway in 2000. Reston Community Players performed Suessical a few years ago, and has kindly lent the school some of the whimsical costumes and set pieces.

Tickets are $10 and can be purchased on Herndon Drama’s website or at the door.