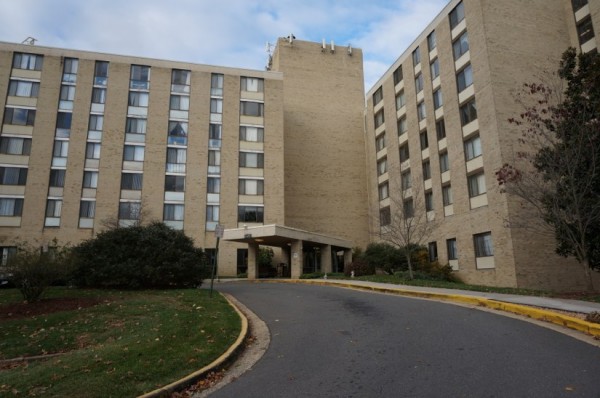 Three months after Republic Land Development’s interim plan for the revitalization of Crescent Apartments was given the go-ahead by Fairfax County, Lake Anne Fellowship House is seeking to undergo a similar redevelopment with its own developer.

Principals involved in the vision for Fellowship House are working with Caftriz Interests. They said on Monday they will file plans and an application with the county by the end of the year.

“We are moving part and parcel with what is going on at Crescent,” says David McGill of land use firm McGuire Woods.  This really is implementation of the vision. As part of discussion with county, they would like us to move forward along with Crescent, but we are not in lockstep.”

Lake Anne Fellowship House, operated by the Fellowship Square Foundation,  has 240 units for elderly residents just across North Shore Road from Lake Anne Plaza. Fellowship Square board member John Thillman says 114 of the units are subsidized. The rest are market rate, but the buildings have a 20 percent vacancy rate and lose about $10,000 month, he said.

“We’re bleeding red ink,” he told the Reston Planning and Zoning Committee on Monday. “The main reason the rent is low is the buildings were built in 1971 and ’74.  The standards used are not the same as today.”

The narrow hallways, outdated air conditioning and heating systems and difficulty getting up to today’s Americans With Disabilities Act standards are among ongoing challenges, said Thillman.

Another challenge – there are two different mortgage holders for the six-acre property. The Department of Housing and Urban Development for the west side and the Virginia Housing Development Authority for the eastern half, Thillman said.

Thillman said the group’s other options are keep the buildings the way they are (and sell to a developer who is not required to keep seniors in mind in a few years when the mortgages are paid off) or renovate (which would cost more than a new building).

“The bottom line is the two buildings need to come down,” he said. Fellowship Square had teamed with Caftriz on the county’s request for proposals about the Crescent site, but was not selected.

“We have to move forward,” he said. “We have maybe two years, maybe less,  before we go bankrupt.”

The county’s comprehensive plan for Lake Anne and the RFP both state that it is preferable that the land units around Lake Anne be redeveloped in a comprehensive manner. By doing this, Fellowship Square and Cafrtiz would qualify for bonus density of up to 425 units.

Thillman said 140 of those units would be affordable senior housing. Because Fellowship House’s location on a hill complicates Lake Anne access for residents, the new senior housing would be built on a flat section of the land closer to the Village Road.

The new senior housing would be built first, the seniors relocated, and then the current buildings would be torn down. After that, 285 market-rate units would be built on the old building site on the hill, said Robert Selden of Cafritz’s Novus Residential division.

Meanwhile, Republic’s redevelopment plan for Crescent and the rest of Lake Anne includes plans for about 1,000 new housing units (181 of them affordable to replace county-owned Crescent), parking and a revitalized retail district.

All redevelopment plans will have to go through Fairfax County Planning, the Fairfax County Board of Supervisors and Reston Association’s Design Review Board in what is expected to be a multi-year process.