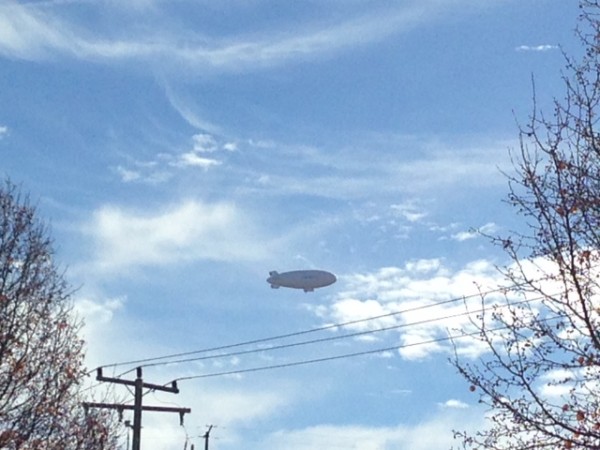 Did you see this flying overhead? On Monday, Reston Now finally saw the blimp residents have been buzzing about.

Several times in the last week, the U.S. Navy blimp has been seen flying over Reston.  According to CBS13 in Baltimore, the blimp has been over the region since September.

The 200-foot blimp is a government research airship conducting aerial mapping. It began roaming above the D.C. area on Sept. 21 and can remain stationary for more than 12 hours. The blimp is mapping in the flight restriction zones around Washington, D.C. It includes places like the Department of Agriculture and some of  the major airports like BWI and Washington Dulles, CBS13 reports.