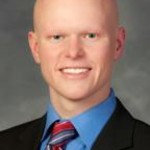 School Board member’s Tweet Earns Him Rock Star Status —  Youthful FCPS School Board member Ryan McElveeen (at-large) knows how to reach his audience. His tweet on Monday night that school was closed due to snow on Tuesday was way earlier than the official FCPS announcement. That earned him lots of respect from students (972 rewteets and a bunch of memes!)   [McLean High Highlander News]

FCPS Has New Website for Parent Advocacy — The site, started by the Minority Student Achievement Oversight Committee (MSAOC), will offer tools for parents to learn about various topics and improve communication for a better school experience. [FCPS]

Residents March for Newtown Victims — The Reston-Herndon Committee Against Gun Violence has been marching monthly at Fairfax’s National Rifle Association headquarters since the school shooting in Newtown, Conn. last December. The group will hold a vigil again Saturday at 10 a.m. to mark one year since the tragic shooting that killed 26 people, many of them children at Sandy Hook Elementary. Meet at 11250 Waples Mill Rd. in Fairfax (where Waples Mill Road crosses I-66). Signs provided.