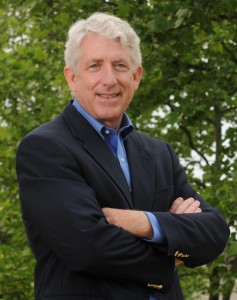 Updated, Wednesday 4:11 p.m.  — Virginia Attorney General candidate Mark Obenshain, a Republican state senator from the Harrisonburg area, conceded the race Wednesday on the third day of a statewide recount after he trailing was Democrat Mark Herring by 866 votes.

“It’s been a long and vigorous campaign but it’s over,” Obenshain said at a news conference in Richmond.

Herring’s victory gives the Democrats a sweep of major Virginia elected offices for the first time since 1989.

The recount was necessary after the Nov. 5 election was within 165 votes.

On Nov. 5, Herring earned just 165 more votes (out of more than 2 million cast) than Obenshain. That led the to statewide recount. Fairfax, along with the cities of Alexandria and Chesapeake, began counting Monday, a day ahead of the rest of  Virginia due to balloting differences and a large number of votes to count.

The rest of the state should finish counting later on Wednesday.

But the finish may come sooner than that. The Washington Post reports that Obenshain will concede the race Wednesday afternoon in Richmond.

Fairfax County officials say these numbers are final, but must be certified by the Recount Court in Richmond. The results will be sent there today, they said.

These results are the final results reported from Fairfax County, but will not be official until they are certified by the Recount Court in Richmond.

“This has been a gargantuan undertaking that we put together in a very short amount of time,” Fairfax County Electoral Board Secretary Brian Schoeneman said in a statement. “The fact that we were able to do this a full day earlier than we expected, I think say a lot about the quality and hard work and dedication of folks in Fairfax County.