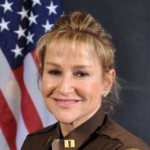 Going Mobile — Think crowded classrooms are just for students? Teachers at some Fairfax County Public Schools are short on space too.  The school system has grown by about 20,000 students since 2006, so some speciality teachers have no classrooms of their own, just a cart. [Washington Post]