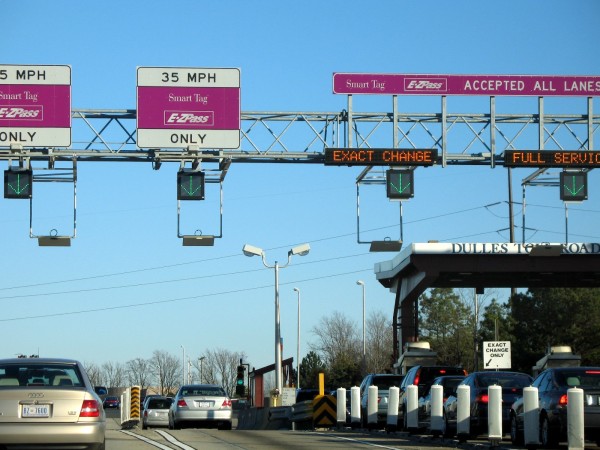 The cost of taking the Dulles Toll Road is set to rise again next week.

The rates were approved as part of a three-year increase by the Metropolitan Washington Airports Authority in 2012 after several public hearings. Tolls rose 25 cents Jan. 1 of this year to $1.75.

There are no scheduled increases for 2015, says MWAA.

The toll increases come, in part, because of rising costs for MWAA to construct Metro’s Silver Line. Phase 1 of the Silver Line, which will terminate at Wiehle-Reston East, is expected to see its first riders this spring.

Phase 2, from Wiehle Avenue to Dulles International Airport and into Loudoun County, is expected to be completed in 2018. However, while Phase 1 received $900 million in federal funding, Phase 2 is not getting any, making predictions for future toll hikes quite high. Early last year, MWAA said that toll rates may be as high as $6.75 by 2018 in order to keep pace with Silver Line costs. Independent estimates say the tolls could rise even higher.

MWAA has an agreement with the Commonwealth of Virginia to operate and maintain the Dulles Toll Road for a 50-year period that began in 2008.

END_OF_DOCUMENT_TOKEN_TO_BE_REPLACED

More Stories
What’s On Your Mind? Let Your Legislators KnowDel. Ken Plum: Yes, Virginia, There is a Santa Claus