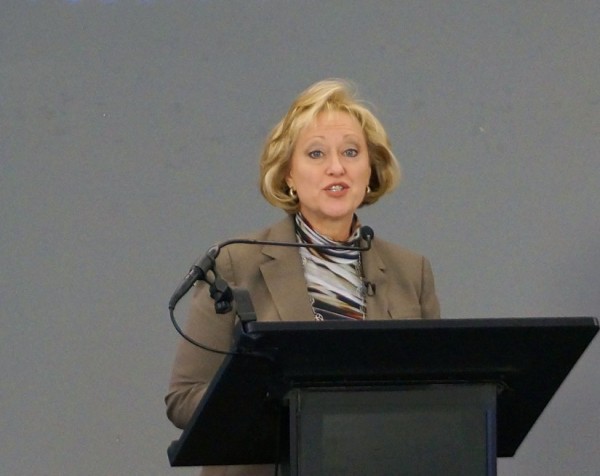 Fairfax County Schools Superintendent Karen Garza says the school system will need an increase of $59.4 million for Fiscal Year 2015, even if FCPS makes suggested cost-cutting measures that include eliminating more than 700 positions and adding in $42 million in fees for students taking Advanced Placement and International Baccalaureate tests.

The new superintendent presented the $2.5 billion budget to the school board Thursday night.

“We have been presented with a daunting task dealing with a proposed budget deficit that is for the most part driven by cost increases,” Garza told reporters earlier Thursday. “We are facing a number of increased expenditures that are beyond our control.”

Garza said the biggest cost drivers are increased enrollment, an increase in employee health insurance rates and an increase in the mandatory contributions to the Virginia Retirement System.

The school system also is beginning the fiscal year with a structural deficit and depleted reserves. Garza also wants to give $41 million in step increases to employees.

Salary increases are important if Fairfax wants to be competitive with other school districts, said Garza. FCPS lags behind Arlington and Alexandria in new teacher pay and lags behind six school systems for Masters Degree holders and maximum teacher pay.

The school system will ask for $98.1 million — an increase of 5.7 percent from FY2014 — from the Fairfax County Board of Supervisors to cover the mounting costs.

For its part, FCPS will slice $96.5 million from the budget.eliminating 731.2 positions. Garza said she hopes the reductions can come from attrition, but she is not ruling out layoffs.

“We are working with the human resources department,” she said. “Each classification may be impacted in a different way. We have already began to identify what we can absorb though attrition and growth. We are striving to mitigate the number of layoffs, but likely we will have some. I cannot guarantee we will not.”

The proposal includes a reduction of 82 positions ($13.4 million) from central support; 180.5 positions ($17.1 million) in school support potions such as assistant principals, technology specialists and custodians; and 468.7 classroom positions ($36 million) such as instructional aides. Classroom cuts would be offset by staffing reserve allowances and staffing increases allowed for population growth.

“We worked diligently to protect the classroom as best we could,” she said. She added that special programs such as language immersion, Accelerated Academics and vocational education will not be affected.

Other sources of money for the $2.5 billion budget will comes from state aid ($375 million), state sales tax ($171 million), federal aid ($42 million) and miscellaneous fees of $66.6 million. Additional state money may be available, but it was not included in the budget, said Garza.

The school board will discuss the budget and a number of public hearings will be held through the spring. See key dates on FCPS’ website.

School Board Vice Chair Illryong Moon (at-large) said tough decisions will have to be made in this economic climate.

“We are still not out of the great recession,” he said. “The system is faced with tremendous fiscal challenges. The superintendent is taking a very reasonable approach. The board is going to look at every line item and I am hopeful whatever we do will not negatively affect classroom instruction.”