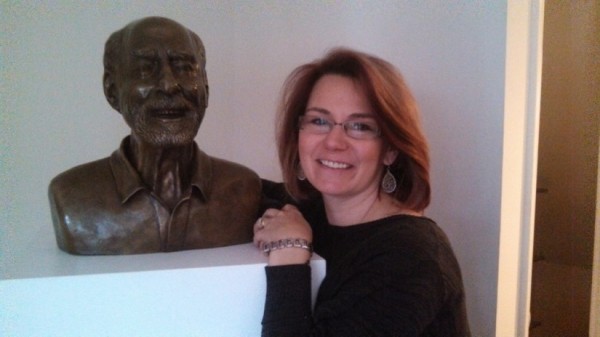 Cornerstones, the Reston-based nonprofit that aids families in need of affordable housing, has set a goal this year of doubling its stock of available units it makes available.

This week, Cornerstones, formerly Reston Interfaith, showed off a newly renovated townhouse in Herndon, its 53rd property. The organization owns townhouses in Herndon, Reston and Chantilly. Working with partners such as HomeAid of Northern Virginia, The Container Store and Graceful Spaces, Cornerstones renovates and furnished the units and rents them to families that need housing.

The townhomes are rented at affordable rates to residents who earn half or less than the area’s median income — most of whom are transitioning out of homelessness, says Cornerstones. 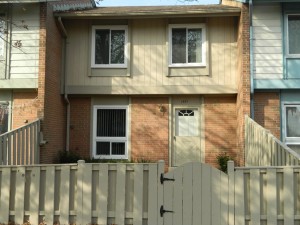 “Because of the support of partners like HomeAid of Northern Virginia, The Container Store and Graceful Spaces, Cornerstones has been able to help families and individuals for more than 40 years now by providing a variety of affordable housing options in our area,” says Cornerstones CEO Kerrie Wilson. “The loss of housing vouchers, however, makes it increasingly more difficult for working families to find housing within their budget.”

Cornerstones had three homes for rent when the first Best of Reston awards were held 23 years ago. HomeAid is among the 2014 awardees for their good work in the community, and Graceful Spaces was honored two years ago.

To help meet the goal of doubling the stock — a challenge issued by Reston founder and Best of Reston 2014 co-chair Bob Simon — Cornerstones and the Greater Reston Chamber of Commerce have launched the “I Stand with Bob” fundraising campaign.

Local artist David Adamusko has created a bronze bust of Simon, which has been traveling to events in Reston. Patrons can get their picture taken with it for a donation to Cornerstones. Simon turns 100 years old in April.

The Best of Reston Awards gala is April 10 at the Hyatt Regency Reston.