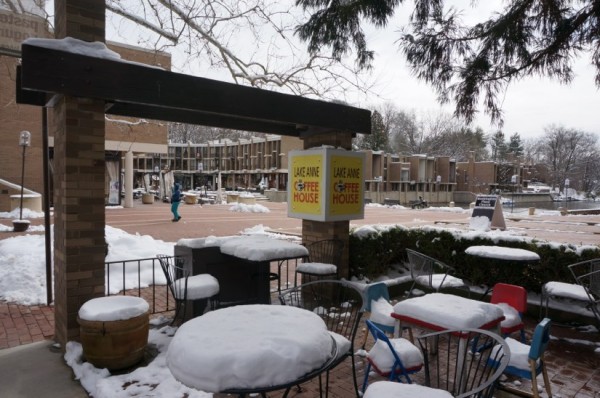 The St. Patrick’s Day snow was one in a series of storms this seemingly never-ending winter. The white stuff — nearly 50 inches of it around here in total so far, according to the National Weather Service — has snarled traffic, canceled school 11 times and generally shut down Northern Virginia for a half-dozen days.

No one is feeling the pinch more than locally owned small businesses, who have seen customers slow — and even disappear.

Emad Ramzy, manager of Enviro Cleaners, a dry cleaner at 11519 Sunset Hills Rd., says on a typical snow day, the day’s receipts fall to about half of what they would be on a regular day.

That’s if the store is even open. The cleaner was closed during the storm on March 3, so that day gets a 100 percent loss in the books.

“Hopefully, when spring comes, we’ll get a lot more customers,” he said.

Jenny Nguyen, manager at Hair and Nails Care, a beauty salon at South Lakes Village Center, said the shop has opened late and closed early several times this season. It has also been closed two of the last three Mondays due to snow.

“Sometimes, if it is urgent, like they need services because they are going away, they might go someplace else,” she said. “So you risk that.”

“On snow days we have almost no business, maybe 2-3 customers,” she said. “But it is not like the bills and taxes stop. I hope winter stops soon.”