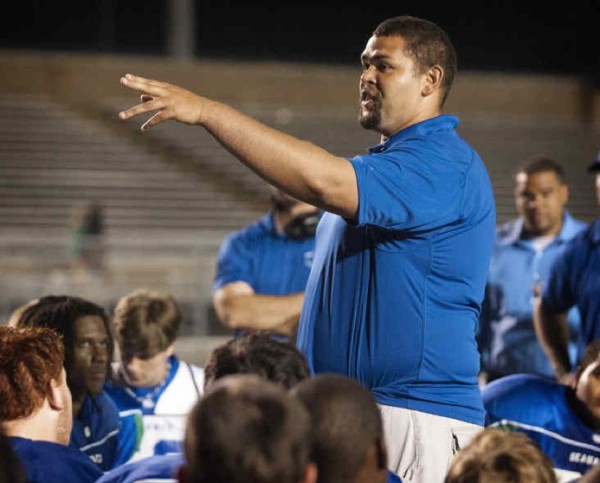 “I helped grow the football program, but I felt I did everything I can do here,” said Wooten, who also teaches physical education at the school. “I need to pursue some other options.”

Wooten is finishing a Masters Degree in administration and also has a young child at home, both of which need his attention, he said.

Taylor has held several coaching jobs in the county.  He was the head coach at Robinson Secondary School for two seasons. Taylor was fired in 2012 with a 9-13 record.

Wooten, who played at South Lakes, took over after Andy Hill coached the team to a winning season in 2010. Hill surprisingly resigned in the spring of 2011 to return to his hometown in Minnesota. The job was given to Wooten, who made his coaching debut just days after his mother was killed in a car accident.

“I think we have a lot to be proud of,” said Wooten. “We were definitely happy to improve each year and make it to the playoffs. The team has good potential.”