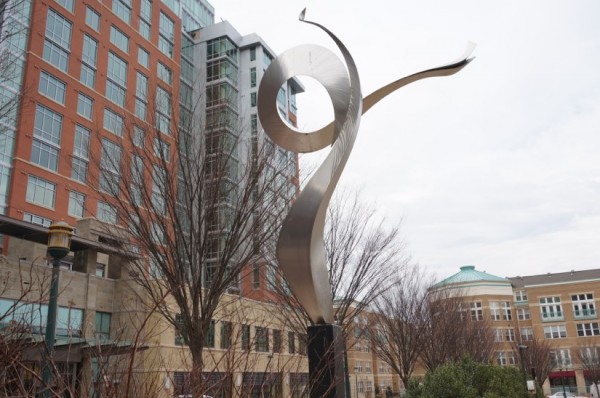 Silver Line ‘Slog’ — The Washington Post takes an editorial stance on the slow-moving Silver Line opening, but says “like all soap operas, this one will end — with passengers boarding no later than June, we hope.”[Washington Post]

Pink Lights at Washington Airports — Reagan National and Dulles International Airports are lighting things pink to get into the spirit of the Cherry Blossom Festival. Both will have pink lights, as well as pink-themed discounts and specials for the next few weeks. [Metropolitan Washington Airports Authority]

FCPS Hires An Auditor — The Fairfax County School Board has hired a new audit manager tasked with helping the school system better manage its $2.5 billion budget. Chris Horton will serve as the audit manager within the office of internal audit. The position was created in response to a long-held request by Fairfax County supervisors, who approve the school system budget. [Washington Post]

Back At The Budget — Virginia lawmakers began a special session on Monday to try and hash out details of a the Commonwealth’s budget. One big stalling point: Expanding Medicaid. [Washington Post]

Big Winner — The co-owner of a Herndon deli was a big winner of the Mega Millions’ $3 million jackpot March 14.  She’s still at work at the Elden Street store. [NBCWashington]