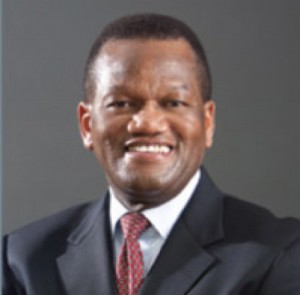 Former Reston Association CEO Milton Matthews has been named the new President of the Columbia Association, the organization announced Friday.

Matthews has signed a two-year contract and will make a base salary of $200,000 and will be eligible for a bonus of up to 7.5 percent of his salary.

As part of his contract, Matthews will have to relocate to Columbia from Rockville, Md., where he currently resides. Matthews’ wife is Rockville’s city manager, which led to his decision to leave Reston, which also has a residency requirement.

“I have known for a long time that Columbia is a special place,” Matthews said in a statement. “Columbia Association has a reputation for providing quality, innovative and responsive services and programs, and I am honored to have been chosen to be a part of this exceptional organization. I look forward to working with the CA Board of Directors and the staff at CA and the 10 villages, and becoming involved with the Columbia community.”

Matthews will begin his job June 2. He replaced former CA President Phil Nelson, who served the last five years in the post. Nelson stepped down on April 30 after his contract was not renewed.

Matthews left his post with RA last May after an eight-year tenure. He was replaced by Cate Fulkerson, who was promoted from within RA.

Andy Stack, the chairman of CA’s Board of Directors said the similarities between RA and CA will help Matthews acclimate to the job. Similar to Reston Association, the Columbia Association is a $65 million mega-homeowner’s association that operates Columbia’s open space, outdoor pools, pathways and fitness facilities.

Matthews was a finalist for the CA job in 2009, when Nelson was hired.