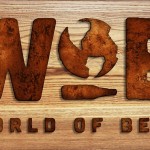 Evan Matz, owner of Reston’s World of Beer, says the restaurant will open on June 2.

WOB had been planning a May 26 opening, but delays in the Fairfax County permitting process have pushed the date back, Metz said.

Crews are putting the finishing touches the space at 1888 Explorer St., on the ground floor of The Avant at Reston Town Center.

This will be the 56th location for World of Beer, a Florida-based national franchise. Matz also owns the WOB in Ballston, which opened in summer 2012. WOB has about 500 different beers that rotate through the menu, including 50 on tap, says Metz.

The restaurant will also have a full menu.

WOB will also have drink specials nightly and happy hour Monday through Friday, as well as live music Thursdays through Saturdays.

WOB is one of several ground-floor tenants in The Avant, Boston Properties’ new luxury residential building across from Reston Town Square Park. The Avant welcomed its first tenants in late 2013 and has units available for lease.

Other new tenants planned for the building are a CVS store, Barcelona Wine Bar and Bartaco Restaurant.

Matz said there will be a special Pre-Grand Opening Party for Facebook and Twitter fans and followers during the third week of May. For more information and the announcement of the event date, visit their Facebook page.

WOB Reston will be open for lunch and will have dedicated meeting space for business groups. Managers can reserve space equipped with IP-based video and wall monitor systems, said Matz.

Photo courtesy of World of Beer

END_OF_DOCUMENT_TOKEN_TO_BE_REPLACED

More Stories
Vote: Best Salon or SpaThanks To Our Advertisers