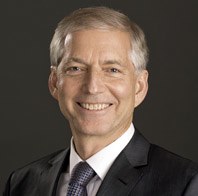 The association’s CEO, Cate Fulkerson, said the process to fill Cohn’s seat will be discussed at the special board meeting on June 12. Cohn’s term expires in April 2016.

Cohn was elected to the board in April 2013, running unopposed for the spot that was vacant after North Point Director Mike Collins did not run for re-election.

During his tenure, Cohn served on the CEO Selection Committee and as board liaison to the Pedestrian & Bicycling, Transportation and Tennis advisory committees.

“Tim’s commitment to RA was evident in his time on the RA board. His passion for the essential elements of Reston guided his thoughtful decision making process and illustrated his dedication to maintaining the unique characteristics which define Reston,” Fulkerson said in a statement.

RA President Ken Knueven said the board will miss “Tim’s insight and perspective on the board, but know the Reston community will still benefit from his active involvement and steadfast loyalty to the successful future of Reston.”