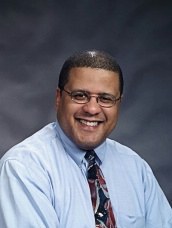 South Lakes and Herndon High School pyramid schools will be under new leadership beginning this summer.

Tyson joined FCPS in 2004 as an assistant principal at Thomas Jefferson High School for Science and Technology (TJHSST) and later was named subschool principal at SLHS.

In 2009, Tyson was named principal of Kilmer Middle School, where he worked until being named assistant superintendent for Cluster 3.

The moves come as part of a restructuring of Fairfax County Public Schools administration. Instead of eight clusters, there will now be five regions, each with about 36,000 students, FCPS superintendent Karen Garza announced last month.

Reston-area schools used to be in Cluster 8 under the direction of Fabio Zuluaga. Zuluaga has been named assistant superintendent for Region 2, where he will be responsible for schools in the McLean, Marshall, Stuart, Falls Church, and Annandale pyramids, and TJHSST.

Other assistant superintendent assignments after the jump.

Burke will provide assistance in the deployment of systems and structures to ensure that FCPS has strong school support and be available to be deployed to schools when needed.  Burke joined FCPS in 1973 as a teacher at Frost Middle School.  She also taught at Cooper Middle School and served as an assistant principal at both Kilmer Middle and Hayfield Secondary Schools, then as principal of Twain Middle School before being named principal at Lake Braddock Secondary School in 1997.

Ivey previously served as director of the office of preK-12 curriculum and instruction in the Instructional Services Department and director of the office of high school instruction and K-12 curriculum, focusing on high school instruction.  She is a former principal and assistant principal of Herndon High School and department chair for special education services at Westfield High School and Chantilly High School.  She joined FCPS in 1989 as the special education department chair at Lanier Middle School.

More Stories
Just Listed in RestonThank You To Our Advertisers