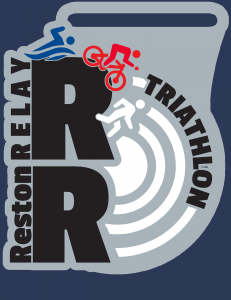 Reston’s first relay triathlon will race through North Reston on Sunday, so watch out for bikers, runners and spectators on the roads.

The Reston Relay Triathlon is a sprint-distance event for teams of competitors. It is sponsored by Reston Association and the YMCA. Proceeds will provide scholarships to support kids programs offered by The YMCA and by Reston Association, including summer camps and classes. Registration is full.

The race begins at 7 a.m. with a 400-meter swim in Lake Newport Pool. From there, the next teammate bikes three loops of a 3.50-mile course that ends back at the pool. The third teammate then runs a 5K on paths in North Reston.

The first teams should start finishing by 8 a.m. and the awards ceremonies start at Lake Newport about 10:20 a.m.

Streets on the course will not be closed, but lanes will be blocked off with cones. Police urge motorists and participants to pay attention. If you are planning to drive somewhere early Sunday, allow time for delays.

Officials ask athletes and spectators to not park at Lake Newport Pool or on nearby residential streets. The best place to park is North Point Village Shopping Center.