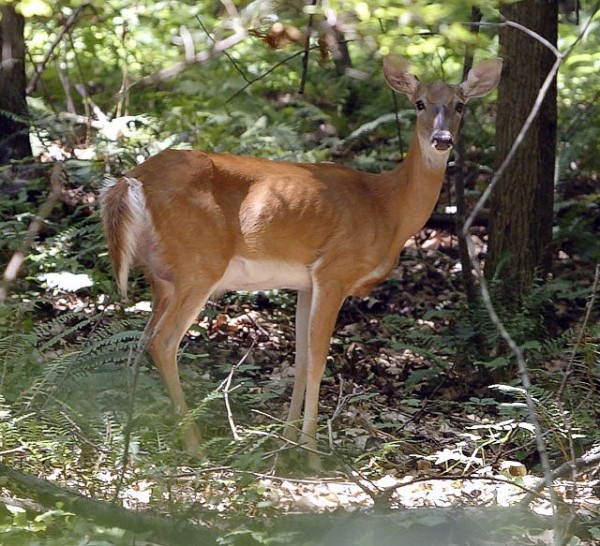 Reston Association is considering allowing several homeowners on Sourwood Lane to conduct a controlled deer hunt on their properties.

The owners of 11624, 11626 and 11628 Sourwood Lane, located off of Glade Drive in a wooded area of South Reston, say they want to reduce the deer population near their homes as deer have destroyed vegetation and may harbor Lyme Disease-carrying ticks.

RA will take action on the request at its meeting this Thursday at RA headquarters, 12001 Sunrise Valley Drive. A public comment period will begin about 6:30 p.m.

“There is an urgent health-driven and environmental need to reduce the deer population in and around our properties,” Sourwood homeowner Larry Gsellman wrote in a letter to Reston Association.

“At last count there was a herd of at least 10 deer that pass through our property every day or two to graze on vegetation. … Lyme Disease as well as other tick-borne diseases is a constant concern. Although there have not been any cases in the neighborhood, there have been numerous cases reported in the Reston area.” 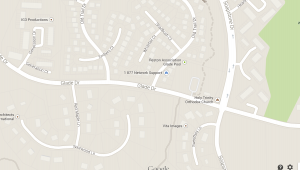 Gsellman, who is seeking clearance to hunt for three years, says the plant destruction will eventually cause soil erosion. He also said the homeowners have tried many ways to rid the properties of deer, including a liquid fence, rotten egg sprays, and Deer-Vic, a deer repellent paste smeared on fenceposts.

The deer hunt, using crossbows, would be conducted at owners’ expense on the three lots (totaling  1.45 acres), by Suburban Whitetail Management during the urban archery season that begins Sept. 7. The state of Virginia and Fairfax County both allow for hunts on private property, but in Reston, permission also must be obtained from RA.

RA has recently granted permission to other homeowners. Since 2010,  a resident of Buckthorn Lane — who said four family members were suffering from Lyme Disease — has had permission for Suburban Whitetail Management to hunt deer on his property.

While many neighbors wrote to RA in support of the hunting request, some are not in favor.
From a letter written to RA by one neighbor:

I (and the deer) are your neighbor here on Sourwood Lane. They have lived here for at least the 14 years I have lived here. … The same family, year after year, treks through my backyard, munches down on the weeds, helps control the ivy that strangles the trees and helps themselves to water in my little pond.

Yes, they eat my hosta and tomato plants — but who cares? … I greet the deer family with the joy they deserve for having survived the winter and bringing such pleasure into the lives of me and my family.

A RA staff report recommends that the bow hunt take place from treestands on weekdays at dawn; that the owners post signage alerting the neighborhood of the hunt; and that hunters will be oriented towards the center and rear of the lots to minimize the chances of an arrow going off the subject lots.  Staff also recommended that RA waive the condition that the proposed location of the hunter be held 75 yards away from any street.

Photo of deer on Reston trial/Credit: Linda Thomas via Flickr