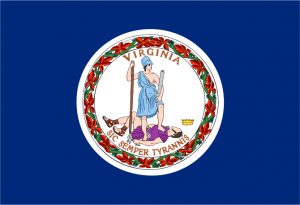 The new law requires Virginia voters to show an acceptable form of photo identification before being able to cast their votes in any upcoming elections.

Acceptable forms include a Virginia driver’s license; a U.S. passport or any other photo ID issued by the U.S., Virginia or one of its political subdivisions; a student ID issued by any institute of higher learning in Virginia; or any employee ID card.

Under the new law, introduced by Sen. Mark Obenshain (R-Harrisonburg), Virginia residents who do not already possess one of the accepted forms of photo identification will be provided a photo ID card by their local registrar. They can obtain a photo ID card free of charge. Implementing the new ID process will cost the state $166,000 in startup costs as well as $13,000 in annual costs, state officials said.

However, residents who apply for these free cards will not have to prove their identity in order to get one. At the local level, details on the process are still being finalized, says Cameron Quinn, general registrar for Fairfax County.

Quinn told the Fairfax Times only about three percent of Fairfax County’s 700,000 registered voters, or about 21,000 people, would need to obtain one of the free cards in order to be able to vote.

Some of the other new Virginia laws going to into effect on July 1:

Hybrid car tax — The unpopular $64 annual license tax on hybrid vehicles is no more. The tax was implemented as part of a major transportation funding overhaul passed last year. The state will provide for refunds of the tax paid for registration years beginning on or after July 1.

School ratings — Implementation of the state’s A-F system to rate schools was pushed to Oct. 1, 2016. Legislation passed this year also says the Virginia Board of Education should decide whether to assign a single letter grade to each school or a series of letter grades based on multiple factors, such as the standards of accreditation, alternative assessment, student mobility and per-pupil funding.

SOL reform — Fewer Standards of Learning tests will be administered to students in grades three to eight as a result of legislation passed this year.

Sunday hunting — A landowner and his immediate family or a person with written permission from the landowner may now hunt or kill any wild bird or wild animal, including any nuisance species, on the landowner’s property on Sunday. Hunting within 200 yards of a house of worship is prohibited, as is the use of dogs to hunt deer or bear on Sundays.

Mental health — The rules have changed for holding people involuntarily for mental health evaluations. Lawmakers increased the duration of emergency custody orders from six to eight hours and required the state to find a bed for further temporary detention at one of its mental hospitals. The state then would have an additional four hours to locate a bed at a hospital closer to the person’s home. The bill was introduced by state Sen. R. Creigh Deeds (D-Bath), who was attacked by his son in November. Austin C. “Gus” Deeds, 24, killed himself after repeatedly stabbing his father, 13 hours after being released from an expired emergency custody order.

Mopeds — Moped and scooter drivers in Virginia do not need to be licensed, but will be required to carry government-issued photo identification. Drivers and passengers will also be required to wear a helmet, as well as a face shield or safety glasses or goggles. Mopeds and scooters operated in Virginia also need to be titled and registered. Titles cost $10, and the annual registration fee is $20.25.

Bicycle safety — Bicyclists will have more room between them and passing cars under a law that requires motorists to give 3-foot clearance to cyclists. Previously, the law required 2 feet of clearance by passing vehicles.

Fox penning — Virginia is phasing out pens in which dogs chase captive foxes. The legislation passed allows Virginia’s more than 30 pens to keep operating for up to 40 years, but bans new pens.

Pet owners protection — Pet shop or licensed pet dealers will be required to provide breeder information for dogs or cats for sale and to reimburse consumers for some medical costs related to dogs or cats certified by a veterinarian as unfit for purchase. Previous law only required dealers to refund the purchase price or exchange the unfit pet for one of equivalent value.

Illegal images — It is now a Class 1 misdemeanor to disseminate or sell an unauthorized nude or sexually explicit image of another person with the intent to harass, coerce or intimidate the person depicted.