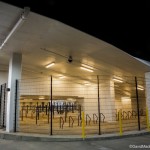 Fairfax County is looking towards the future of transportation with its new Bicycle Master plan.

The county planning commission will hold a public hearing on Oct. 1 about the plan, which aims to treat cyclists as valid users of the roadway as the county moves forward as an increasingly transit-oriented walkable and bikeable community.

The county bicycle master plan has been in the works for several years, building off of the county’s 2008 bike route map and the 2010 Tysons Corner Bicycle Master Plan.

The 2013 general county  comprehensive plan says that “A keystone policy for future planning and facilities includes achievement of a multi-modal transportation system to reduce excessive reliance upon the automobile.  Regional and local efforts will focus on planning and developing a variety of transportation options. Sidewalks, trails and on-road bicycle routes should be developed as alternate transportation facilities leading to mass transit, high density areas, public facilities and employment areas.”

To that end, the bike plan proposes to:

While the Reston area already has a network of bicycle and pedestrian paths — including the Reston Association’s 55 miles of paved trails as well as the W & OD Trail — the county bike plan expands the area connectivity further, with additional trails throughout Reston. See the entire report and proposed trail maps on the Fairfax County website.

The county planning staff recommends the bike plan for approval, as does the group Fairfax Advocates for Better Bicycling (FABB). FABB has an online petition citizens can sign to show their support of the plan.

If approved by the planning commission, the Fairfax County Board of Supervisors will vote on it on Oct. 28.

The staff report says the county bicycling conditions vary greatly and that the county has some serious connectivity constraints. Among them: paths in poor condition, poor signage, lack of connectivity with other trails, barriers such as I-66 and the Dulles Toll Road, and aggressive behavior from car drivers.