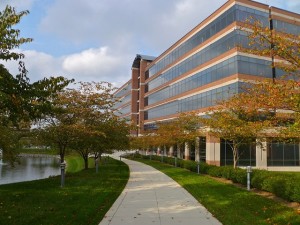 About 235 employees in Sprint Corporation’s Reston office will be laid off, says a spokesman for the company.

The company, based in Overland Park, Kan., has about 1,800 employees in the Washington area.

There will also be layoffs at the offices near Kansas City, the Kansas City Star reported. Sprint similarly notified Kansas officials about 452 layoffs among its 7,500 Kansas City employees.

The cutbacks are part of a continuing review of Sprint’s information technology, network, portfolio management and technology groups. The Star reports there may be additional layoffs are expected in Overland Park and in Reston.

Reston became the headquarters of Sprint Nextel Corp. when it formed from the merger of Sprint and Nextel Communications a decade ago. The main headquarters moved from Reston to Overland Park shortly after.

New CEO Marcelo Claure said last year that cost-cutting would be a priority for the wireless company.

A statement from Sprint said:

The layoff notices in Virginia and Overland Park offer only a partial look at Sprint’s job cutbacks. The WARN Act requires notices only under specific circumstances that can leave many job cuts unreported.

Sprint employees who have gotten notices generally will continue to work for two weeks, but some may remain on the job longer. Companies often tie broad layoffs to their financial reporting calendar, and Sprint’s business operates on a fiscal year that ends March 31 rather than Dec. 31.

Job cuts are only one area where the struggling wireless company is trying to cut costs and operate more efficiently. It has been cutting prices for customers, which makes the need to cut costs more evident.