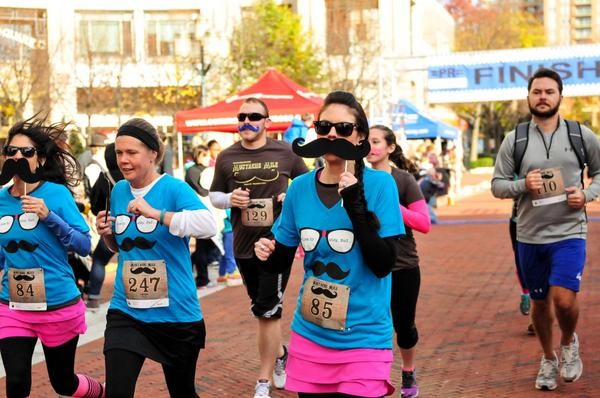 UCP Dedicates a Labyrinth — Reston’s United Christian Parish dedicated its new labyrinth on Sunday. The labyrinth was an Eagle Scout project by a local teen. It is open to the public for quiet prayer and reflection [UCP]

Restonians Helping Combat Ebola — Parishioners at Reston’s St. Anne’s Episcopal Church have raised more than $12,000 to help combat the West African Ebola epidemic. Spurred by Rev. Anne Fredericks Cooper, who is originally from Liberia, the congregation will order medical supplies that will be shipped to the Episcopal Diocese of Liberia in a 20-foot container. The Liberian diocese will then distribute the supplies, including gloves, masks, gowns and antiseptic, to different hospitals within Liberia. [Fairfax Times]

Giving Back For The Holidays — The nonprofit Our Daily Bread is seeking volunteers to sponsor needy families and make other donations during the upcoming holiday season. [Our Daily Bread]