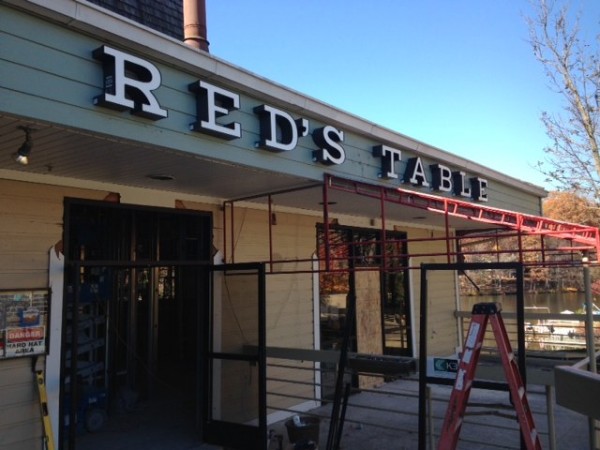 Construction workers are very busy at the site of the future Red’s Table, the locally owned restaurant that will replace the Lakeside Inn at South Lakes Village Center.

Co-owner Ryan Tracy says the work is behind schedule. He said earlier he was hoping to be ready to open by November of December. He said on Tuesday he is eying a late January-early February opening.

The Lakeside Inn closed in October 2013 after 22 years in business.

Read more about plans for Red’s Table in this previous Reston Now story.