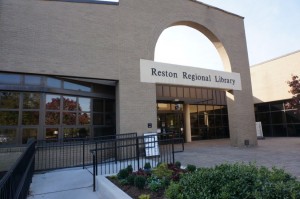 Fairfax County’s decade-long war to dismantle our public library system has reached new depths:  First, the County is planning a partial closure of its Sherwood Regional Library in Alexandria beginning in January.

Second, the Board of Supervisors is pursuing an audit of the “Friends of the Library,” which has occasionally and diplomatically criticized the Board’s oversight of the County public library system.

The move to close the second floor of the Sherwood Regional Library for all but 20 hours per week because of budget cuts is only the latest insult to the people of the County who have seen their County library budget cut by more than 20 percent as overall County spending has increased by 15 percent in the last 10 years.

Now, the second-richest county in the country spends less per capita on its library system than any other area jurisdiction — a third less per household than Montgomery, Prince George’s, and Prince William counties, and much worse compared to others, including only about 39 pecent of what Washington, DC, spends per capita.

And that is only part of the story. During a decade when the library system should have been conserving its assets as budgets shrunk — especially the books and other materials it has already paid for — it has thrown out more than 2.5 million items in its collection.

It is, in fact, throwing out taxpayer property for petty and contradictory reasons. For starters, books get thrown out because of minor damage from use — and thrown out after two years if they are not used and, therefore, undamaged.

With new purchases limited by the budget cuts as well as administration intent, the library system has had a net inventory loss of more than 440,000 items over the last decade, with small increases in the non-book (DVDs, CDs, etc.) and young adult books offset by the loss of more than 400,000 books for adults and more than 100,000 books for children. That’s a 27percent reduction in library collection items per capita in the last decade.

The deterioration in the library materials collection has had the expected result:  Fewer people use our County libraries now than they did when it was better funded, better staffed, and had a reasonable variety of materials. County data shows that the collection materials inventory peaked in 2005 at 2.8 million items and the budget peaked in 2007 at $33.8 million. Lagging behind the budget and collection cuts, library usage grew, especially during the Great Recession, but now things have changed.

“Contacts” — the broadest gauge of library use — dropped from a peak of 50.8 per million residents in FY2010 to an estimated 35.7 per million FY2014, a more than 40-percent reduction in overall library use. The number of library cardholders (“registered users”) dropped by 37,000 people in just three years from 495,000 cardholders in FY2011 to an estimated 458,000 in FY2014. Combined with the declining availability of materials to actually use in-house or borrow, circulation has dropped 17 percent, from 13.4 items per capita in FY2009 to estimated 11.5 items per capita in FY2014.

The library is even experiencing huge declines in its online contacts with Fairfax County. In this Internet age, County library website page views have dropped by more than 60 percent from 22.0 million in FY2010 to 8.4 million in FY2014, according to County budget documents. Specifically, the library budget shows page views dropped by 25 percent in FY2011 and 46 percent in FY2012 over the preceding year. It estimates smaller declines in the last two years–and doesn’t dare show the totals (but we can do the arithmetic). So much for the vaunted “digital public library of the future!”

Now the county is taking direct aim at the libraries and those who use and support them. The partial closure of Sherwood Regional calls for closing the second floor of the library except for four hours Sunday-Thursday afternoons because of a staffing shortage. (And, yes, the county has reduced full time library positions 14 percent over the last decade and left many vacant positions unfilled for months.)

The county’s move not only reduces community access to books, it also cuts access to Sherwood’s computer lab often used by the community’s less fortunate, especially their children. It also closes all the library’s public meeting rooms except four hours, five days per week.  And it also limits community access to the offices of a non-profit seniors program office, Mount Vernon at Home, on the library’s second floor.

On Dec. 2, Supervisor Chair Sharon Bulova directed county staff to conduct an audit of the “Friends of the Library,” who have been mildly critical of the Board’s oversight of the County library system. The Friends are independent organizations linked to a specific library branch.  They are private, volunteer 501(c)3 organizations required to file federal tax returns. They are not County government entities.

While it remains unclear what authority Chairman Bulova has to order an audit of these private enterprises, those audits ought to put a crimp in Friends of the Library criticism of the Board and County administration for its dismantling of the library system as well as cut their much-needed donations to the local public libraries.

In the process of ordering the audit, Chairman Bulova essentially rejected a letter and resolution by the County Federation of Citizens Associations (FCFCA) calling for an “independent comprehensive audit” (not another pro forma inside County staff exercise) of (a) the county library’s finances and (b) the library’s collection inventory (books, DVDs, etc.), agreeing only to (c) an in-house audit of the Departmental Gift Fund. These entities, of course, are county government enterprises that Chairman Bulova doesn’t want exposed to criticism through an independent outside audit.  Reportedly Chairman Bulova has claimed that the FCFCA asked for the audit of the Friends of the Library, although that is clearly not the case. What Chairman Bulova means is that the FCFCA was really asking for it for putting forward a call for an audit of the library.

The actions of the Board of Supervisors and County and Library administration, including misleading the passive and trusting Library Board of Trustees — which is supposed to protect and advance the County’s library system under state law — are unconscionable. Even now, the Fairfax County Public Library system ranks in the bottom quarter of the region’s public library systems according to the national Library Journal Index of Public Library Service, and it’s getting worse every year.

The Board of Supervisors must begin re-investing in our county’s libraries, restoring its budget, its staff, and its collection to respectable numbers for the country’s second-wealthiest county.  Maybe then patrons will return to our public libraries and we can have a county worthy of one that presumes to be generous to the less fortunate, a center of learning and knowledge, and a place to raise families.

Until then, the Board’s war on our public library system is misguided, cynical, sickening, and worthy of retribution in the 2015 Board election.

More Stories
Reston Real Estate: Just ListedThank You to Our Sponsors and Advertisers