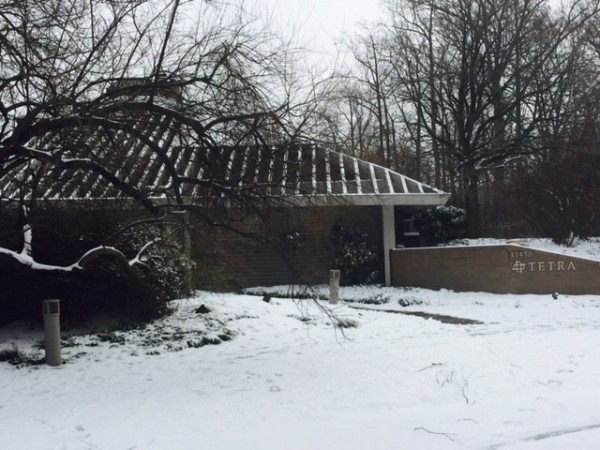 To buy or not to buy? That is a the question Reston Association’s Board of Directors is asking members in regards to RA’s potential purchase of the former Reston Visitors Center.

This is a chance for RA members to speak up on whether RA should spend about $2.65 million to buy the 3,200-square-foot building at 11450 Baron Cameron Ave.  A member referendum is planned for April, and the RA By-Laws say the board cannot make the purchase without the approval of a majority of RA members.

Here is what the referendum will ask:

Should the Reston Association, acting through the Board of Directors, be authorized to:

The board announced last month it is looking into purchasing the building, which currently houses Tetra commercial real estate.

The building was the Reston Visitors Center from 1982 to 2003. It sits on 3 1/2 acres near Lake Newport and several RA recreational spaces. RA is not yet certain what the building would be used for, though CEO Cate Fulkerson says it will be “community and recreational space” and not RA offices.

Here are some main points to consider:

Financial terms would likely be a zero-interest down payment and financing at 3.45 percent. The term would be a 20-year amortization schedule, but the loan matures at 10 years and would need to be refinanced at that time, says RA CFO David Harris. There would be $16,000 in loan costs at settlement.

RA is planning on $650,000 from developer proffers that will cover repurposing costs. Fulkerson says she could not name the developer or the project yet, but that the association is close to an agreement.

Property taxes are $19,500, but once the space is converted to RA common area in 2016 it would no longer be subject to property or real estate tax. Insurance would be about $1,500 annually. Cleaning costs would be $10,000 a year. Estimated repair and maintenance costs are $5,000. Utilities about $15,000 a year. Trash collection, $2,000 a year. Harris estimates those costs would rise by about 3 percent annually.

Tetra will lease back from RA through end of 2015. The company would also pay cleaning and utility costs during that time.

Annual cash flow figures show a positive flow the first four years. In 2019, there would be a negative flow that would result in an impact of just under $3 per member assessment, said Harris. The following year it would be just under $4 per member.

However, assumptions are being made using current association members, including the soon-to-open apartments at The Harrison. There will be hundreds more members coming into the association when Crescent, Reston Heights and other new housing is completed, said Fulkerson.

The building is in the current Reston Master Plan as a convenience center, which means it could be used for a variety of purposes, including retail and restaurant. The original plans for the building approved years ago include a second story addition that could make a 6,930-square-foot restaurant, RA officials said. The restaurant would also be allowed to construct up to 50 feet into Lake Newport.

RA is working to remove the convenience center plan under the ongoing Reston Master Plan Phase 2 draft. RA attorneys are recommending the plan designation be changed to limited office and community use whether RA purchases the property or not in order to protect it from becoming a large commercial venture.

There will be a second public hearing on the topic on March 26.

The board has approved a fast-track schedule to get the deal done (pending member approval) by this summer. Here is the timetable:

RA CEO Cate Fulkerson said previously the reason for the quick schedule is “this sets us up for 2016-17 budget cycle, so we know what to plan for.”

“I have been a Reston resident for 36 years,” said Fulkerson. “I remember when [the building] was a visitors center. I watched the movie with my parents when they were curious about North Point. It is gorgeous, and I would like to add it to RA’s portfolio. The building itself has a wide range of opportunities.”