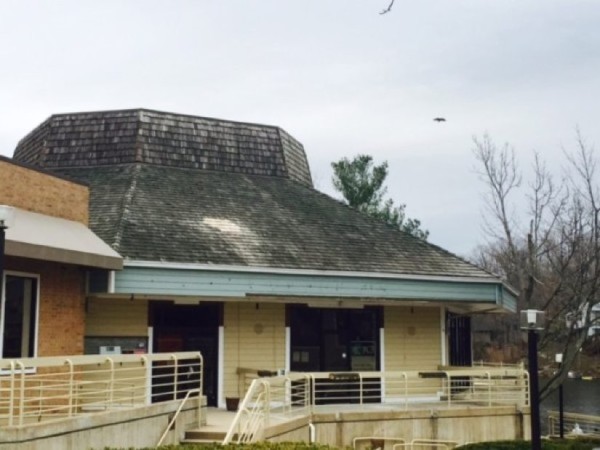 Now you see it. Now you don’t.

Several Reston Now readers have inquired as to why the sign for the forthcoming Red’s Table restaurant at South Lakes Village Center was up for months — only to be taken down down last week.

Red’s Table is still on track to open, but has encountered several delays in the process.

Ryan Tracy, one of the trio of Reston-raised brothers who own the restaurant, told Reston Now last month that they discovered an unexpected structural issue in the building that formerly housed Lakeside Inn for 22 years. 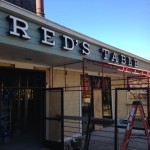 Repairs involve the building’s roof, so the sign had to come down in order to access it, said Tracy.

The issues were a frustrating delay, said Tracy. Red’s Table had planned to open this month (which in itself was a delay of several months). Tracy and his brothers Matt and Pat have been working on the project for more than a year. They have hired a well-known chef and were in the midst of hiring other staffers when the issue was discovered.

Opening has now been pushed back to summer, said Ryan Tracy.

And look for the sign to go back up when the repairs are complete.