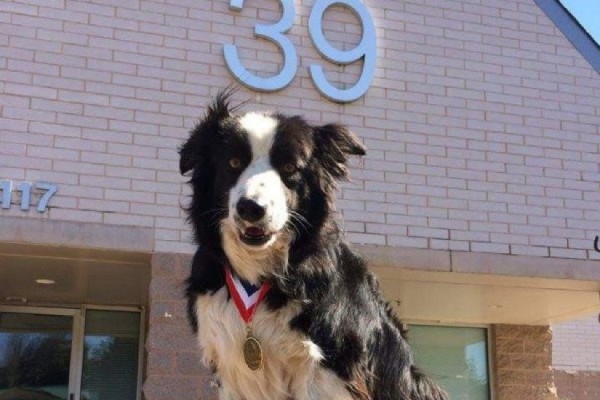 The dog suffered a bad leg injury in training last week and needed surgery to repair a hind leg and associated ligament damage.

Fiedler specializes in human remains detection. Under the contract with the Federal Emergency Management Agency, handlers are responsible for costs associated with their dog, said Stephen Haines, who, along with Fiedler’s owner, Sally Dickenson, is a technician at Station 39.

Haines has set up a Go Fund Me page to raise money for Fiedler’s medical care. The surgery was successful and Fielder is expected to make a full recovery and return to duty, says Haines.

Wrote Haines on the fundraising page: “Fielder, a search-and-rescue K9 and my buddy, suffered a catastrophic injury during training on April 1st. He fell, hit a rock, and broke his leg, simultaneously disarticulating the joint. He may have to retire from searches.

His surgery was April 2nd and he is recovering. The bill for the operation will be around $5,000. I was hoping to help his owner with this expense if I could. This dog is a hero and has helped bring loved ones home many times, including several times for our military members. If you can help at all it would be appreciated, anything raised over this amount will be used for his rehab.”