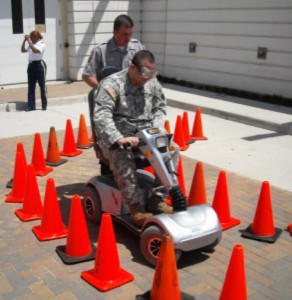 How can roads be safer and commuting be smoother in Fairfax County?

That’s what the Fairfax County Police want to know, and they are inviting all citizens to attend the Transportation Safety Summit Friday at Reston Town Center.

The Transportation Safety Summit, which runs from 10 a.m. to 1 p.m., will be a place for police to “hear your ideas on how to help keep our commuters and residents safe, and give us feedback, comments, and suggestions,” said police spokeswoman Lucy Caldwell.

With the extension of Metro’s Silver Line, roadway expansions, and increased urbanization centers, we are facing a changing landscape in our region, says Caldwell.

FCPD will be joined by law enforcement agencies from across Northern Virginia, as well as the Virginia Department of Transportation, experts in bicycling and pedestrian safety, Drive Smart Virginia, Metro, FCPS school transportation and safety officers, and more.

Activities will be in the pavilion and on closed roads adjacent to the pavilion, says Caldwell.

Police said that between 2011-2014, there were roughly 665 collisions involving pedestrians in Fairfax County. There have been roughly 313 involving collisions with bicycles.

In Reston in the last year, there have been several serious pedestrian and bicycle accidents, including teenager who was killed after a car hit him while he was riding a motorized mini-bike at Reston Parkway and Wiehle Avenue.

Photo: DWI simulator that will be at Friday’s summit/Credit: FCPD