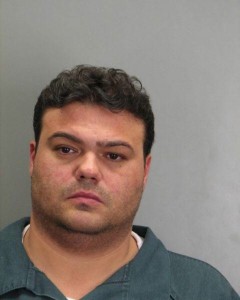 Fairfax County Police have made an arrest in string of burglaries in which the suspect stole expensive jewelry.

The crimes took place on May 6 through May 8 in Reston, Great Falls, Vienna and McLean.

Police said there also may be three accomplices and additional connected incidents.

“There may be others,” said police spokewoman Lucy Caldwell. “We want people to recall unusual or suspicious events such as this- during the past month in Reston. We are fairly certain there are other cases.”

Police said the cases appear to be targeted at wealthier homes, which were being watched by the suspects.

In the Reston incident, a woman and her husband their home on Beacon Heights Drive home for a funeral, and upon return, discovered the front door had been pried open. and jewelry was missing.

In the Great Falls incident, a man walked to his mailbox, and was doing yard work while suspects entered his home and stole thousands of dollars of jewelry the home.

In McLean, a resident of the busy downtown area took her dog to the groomer on May 6, was gone for just a few minutes, when she returned to her home, two different people tried to distract her from going into her home. One man pulled up, asked her for the price of townhomes in the area. Afterwards, a woman approached her and said she’d lost her dog and asked her for help. She told police both had thick accents.

Upon entering her home, she found her jewelry box had been rummaged through and jewels were missing.

The Vienna case took place in the Hunter Mill Road area. A woman told police she had gone to play tennis for a couple of hours and discovered her extensive collection of jewels missing when she returned.

The thieves are described by FCPD as “sophisticated and sometimes use two-way radios to communicate.”

“The cases take place in the morning or daytime and often there are people in the area,” police said in a statement. “Some victims have encountered the suspects and spoken with them; describing them as having thick, European accents. Typically, police encounter these sorts of burglaries a few times each year; often when the weather warms up.”

Police ask that residents check their unsecured jewelry collections; if they find items missing or suspicious, don’t hesitate to file a police report by calling police 703-691-2131 or filing a report online at the Citizens Reporting Service.