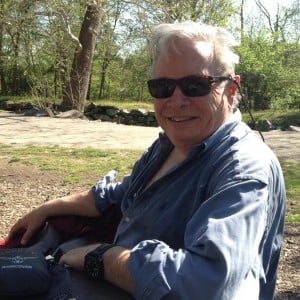 John Alciati, the former President and CEO of the Greater Reston Arts Center, died Tuesday after battling cancer. He was 65.

A native of Syracuse, N.Y., Lawrence John Alciati Jr. was a longtime Reston resident who also had a home in Wellfleet, Mass.

Alciati led GRACE from 2006 to 2012, but remained on GRACE’s Board of Directors. He also was active in the Initiative for Public Art Reston (IPAR).

He and his wife Marianne were regulars at Reston’s charity, social and arts events. They also enjoyed extensive travel, and just last summer camped their way through Alaska and Western Canada.

At his home on Cape Cod, Alciati worked as a docent at the Wellfleet Bay Wildlife Sanctuary of the Massachusetts Audubon Society.

Alciati was a a graduate of Georgetown University and formerly was an executive at the American Institutes for Research in Washington, D.C.