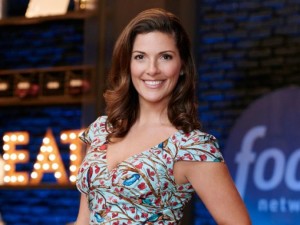 The culinary instructor and software company executive is among the 12 finalists on Season 11 of Food Network Star, which begins airing June 7.

A top finish on the reality competition could be a springboard to TV chef stardom. Cirker, who filmed the competition in Los Angeles last spring but is sworn to secrecy on the outcome, says she is ready.

“Excited doesn’t even do it justice,” Cirker, 36, says of earning a spot on the show and cooking for celebrity chef judges such as Giada de Laurentiis and Bobby Flay. “I couldn’t imagine being my age and accomplishing the biggest goal I ever set for myself.”

Cirker says she has always loved to cook and first auditioned for the show six years ago. But with thin kitchen credentials, she realized she did not have much of a shot. That’s when she set about turning a hobby into a profession.

Cirker enrolled and graduated from culinary school at L’Academie de Cuisine in Gaithersburg. She then took jobs as a line cook and pastry chef at Sterling’s Bungalow Lakehouse, which then led to post as the head pastry chef for the Washington Redskins.

“What the Redskins mean by pastry is not just cupcakes,” says Cirker, a single mom who lives in North Point. “I made lots of high-protein and low-carb bread, pasta, pizza.”

After that, she taught cooking classes at Sur La Table at Pentagon Row in Arlington, as well as private classes for area moms’ groups. With the encouragement of a friend, she set out to audition again for the Food Network.

It’s a lengthy process to get on the show and a tough process to stay on, as at least one contestant is eliminated weekly. The biggest challenge for contestants often is maintaining eye contact and audience interest while trying to cook — something that is much harder than it sounds unless you are already Rachel Ray.

Each contestant has a food point of view that they try to perfect as the competition progresses. Cirker says her POV is “global goes local.” She says she was inspired by her parents, whose jobs took them around the world before settling in Reston in the 1990s.

Cirker is firmly planted in Reston, where she has lived since high school (she is a graduate of Bishop O’Connell in Arlington and George Washington University). Her day job is as Director of Talent for Distil Networks, an Arlington Software company.

Some of her local favorites include Paradise Indian Cuisine on Elden Street, which she calls “the best Indian restaurant, hands down;” Williams-Sonoma at Reston Town Center; and the Reston Farmers Market at Lake Anne, where Cirker visits meat and dairy vendors, as well as shops for produce.

“[Reston] is the coolest town no one knows about,” she said. “I never want to leave.”

Season 11 of “Food Network Star” airs on Food Network June 7 at 9 p.m. Read more about Emilia Cirker on FoodNetwork.com. Reston Now will check in as the series runs in June through August to follow her progress.