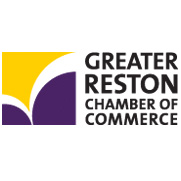 Reston-based businesses from small (Capital Cuisine Caterers, Tailored Living of Reston) to large (Sheraton Reston Hotel, Leidos) are among the nominees for the Greater Reston Chamber of Commerce’s 2015 Awards for Chamber Excellence (ACE)

Each year,  the Chamber gives out the awards to recognize outstanding businesses, volunteers and committees that excel through  Chamber involvement and help to make the Greater Reston Chamber of Commerce a successful place to do business.

GRCC will announce the ACE winners during its Awards for Chamber Excellence (ACE) and Annual Meeting Luncheon on June 17.

The keynote speaker is Vint Cerf, Vice President and Chief Internet Evangelist for Google and widely known as one of the “Fathers of the Internet.” His speech will address innovation, jobs and the evolving role of the internet. During the ACE awards the GRCC will also transition the 2014-2015 Board of Directors under Karen Cleveland of Cleveland Coaching Group to the 2015-2016 Board of Directors under Michael Bradshaw of Google.

Small Business of the Year

Medium Business of the Year

Large Business of the Year

Member of the Year

New Member of the Year

Volunteer of the Year

Committee of the Year