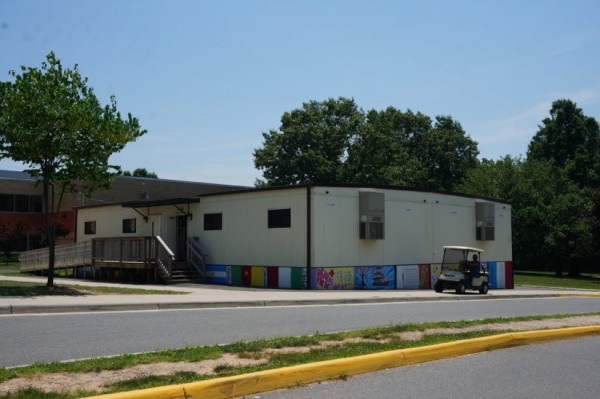 Fairfax County voters will likely be asked to vote on bond referendums this fall that will have a direct impact on Reston facilities, including a fire station and South Lakes High School.

The Fairfax County Board of Supervisors has authorized a $151 million public safety and $310 million schools bond referendum. That means they can petition the Circuit Court to order the referendums for the Nov. 3 general election ballot.

If voters pass the referendum, $51 million will be used to replace Station 25, the Fairfax County Fire-Rescue station at Wiehle Avenue and Sunset Hills Road, as well as renovate or replace Merrifield, Penn Daw, Woodlawn, and Edsall stations.

Station 25 is one of the busiest stations in the county, Fairfax County says. It was built in 1972 and last renovated in 1986.

Fairfax County’s Capital Improvement Plan says $13,000,000 is needed for replacement as the building systems and infrastructure are well beyond the end of their life cycle. The replacement would include an expansion to a four-bay station. The fire station lacks women’s accommodations to include bunk rooms, lockers and bathroom facilities to meet 50 percent of minimum shift staffing. It is also in need of a workout room, an expanded men’s locker room area and laundry facilities.

The school bond referendum will go towards an addition for South Lakes High School, as well as renovating nine elementary schools, two middle schools and two high schools, along with planning for a new Northwest County-area elementary school.

South Lakes underwent a major overhaul in 2006-07, and then was part of a contentious redistricting that quickly turned the school from one of FCPS’ smallest to one that needed more space. Many classes are currently held in portable classrooms.

Part of the SLHS renovations are already financed by the most recent $225 million school bond referendum, which was authorized in 2013.

Other bond money will go to renovate the Franconia District Police station ($100 million); to build a new, joint animal shelter and police station in the South County area; for construction and renovation for the Police heliport, Operations Support Bureau facilities and Emergency Vehicle Operations and K9 Center.

The proposal is one of the largest school bonds in recent years. Voters approved a $365 million bond in 2007.

The county has received the highest triple A rating from Moody’s Investors, Standard and Poor’s and Fitch Ratings. The county is one of only nine states, 39 counties, and 33 cities to hold a triple-A rating from all three rating agencies, so Fairfax County’s bonds sell at relatively low interest rates compared to other tax-free bonds.