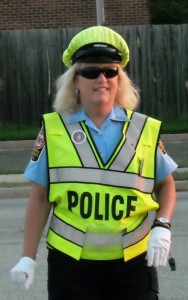 The Fairfax County Police Department says it has re-trained many of Fairfax County Public Schools’ nearly 100 crossing guards, which should lead to a safer and more effective system when the 2015-16 school year begins in September.

Police Chief Ed Roessler said in a letter to parents that FCPD conducted an audit in the fall of 2014. The audit reviewed pedestrian safety and motor vehicle traffic flow.

A year later, though, the school system still heard from many FCPS parents who were concerned about student safety around schools, many of which are seeing increased traffic on nearby roads and an increase in the number of kids using the “kiss-and-ride” area.

Among the questions: Are crossing guards sworn police officers? Can they legally direct traffic? Are highest safety standards being met?

Under county and state law, crossing guards were supposed to control traffic, not direct it.

Said Roessler:  “Based upon this audit and community input, we have re-trained our crossing guards and coordinated traffic flow issues with School
Transportation. Additionally, several crossing guards were trained and
certified to direct and control vehicle traffic outside the basic scope of just
crossing children in the crosswalk.”

“Our follow-up audits found these measures have assisted with pedestrian safety and mitigating traffic flow.”