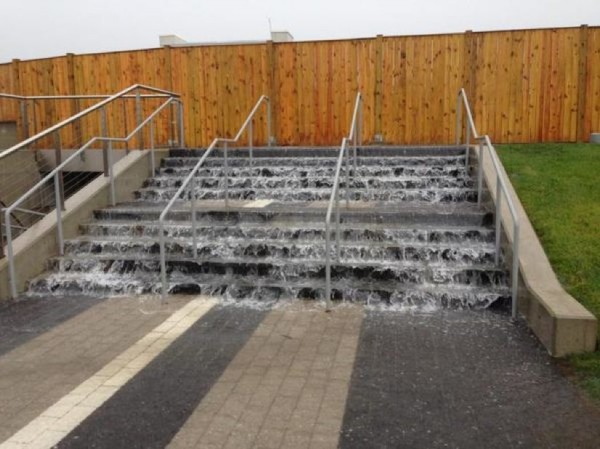 Wednesday afternoon’s downpours resulted in flooding of many roads in and near Reston. A Flash Flood warning remains in effect for the entire area until 9:30 p.m.

At about 8 p.m. rescue crews had been to the scene of two swift waters rescues nearby: One at Stuart Mill Road and Birdfoot Lane, where three cars were reported stuck in high roadway flooding. One driver was on the roof of his car to avoid the floodwaters, authorities said. The other rescue was for several cars at Hunter Mill Road and Hunter Station Road.

Flooding has impacted the following areas as of 7:45 p.m.