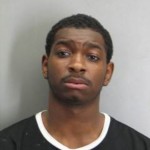 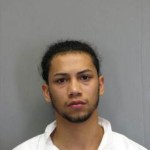 All three of the suspects in the fatal shooting at Stoneview Square in May appeared in Fairfax County Court on Wednesday.

While they were scheduled for preliminary hearings, the appearances became more of administrative scheduling sessions for Dominique May, 18, Eddie Rodriguez, 22, and Jalan Merrill, 21.

The three men have been all been charged with robbery and use of a firearm in the commission of a felony. Fairfax County Police said the men were allegedly involved in a fight that ended with the shooting death of 24-year-old Rashad Kejuan Daye on May 17.

None of the men have been directly charged in Daye’s death.

Wednesday’s court appearance introduced for the first time a witness, Kevin Baldwin. Sources said the residence in the 11600 block of Stoneview Square was Baldwin’s residence.

Police said at a Hunters Woods community meeting in May that the resident of the condo, who was not named by police at that time, is not facing charges “because according to law, he was defending himself in his own home,” said FCPD Lt. Lance Schaible.

Baldwin is scheduled to have a preliminary hearing on separate felony and misdemeanor drug charges on Sept. 8. Those charges stem from a February arrest.