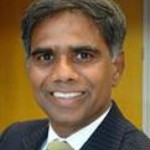 RCA is a nonpartisan community group representing the citizens of Reston. It usually holds annual elections, but RCA by-laws state that if only one candidate files, then RCA can appoint that candidate to the post.

The two directors joining the RCA board for the first time are Lynne Mulston (Town Center/Lake Anne/Tall Oaks) and Geoff Lewis (At-Large). Mulston has been a resident of Reston since 1968 and is the founder and principal of a consulting firm. Lewis is an architect with DBI Architects and is involved Reston Runners and the Initiative for Public Art – Reston (IPAR),