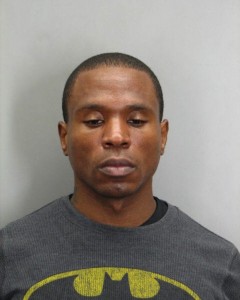 The Reston trainer accused of  “upskirt” filming a South Lakes Safeway shopper and exposing himself to her will have a day in court Sept. 22.

The charges are all misdemeanors; Edwards has been released on bond. The Sept. 22 date is an adjudicatory hearing.

Edwards, of Centreville, was employed as a trainer at Fusion360, a personal training gym a few doors down from the Safeway at South Lakes Village Center, at the time of his arrest.

Police said that on Aug. 5, a woman who was at the Safeway buying lunch told them a man was following her in the store.

The victim said as she walked back about 1:15 p.m., the man, identified as Edwards, followed her as she approached Sunrise Valley Drive and Lakespray Way. The man appeared to be videotaping and spoke to her. She recalled him to be the same person from the store, police said.

The woman told police the man then reportedly exposed himself to her then he ran away. Officers worked with store personnel to determine the man had filmed the woman under her clothing in the store without her permission.

Edwards has previously been in trouble for sexual situations. In 2010, he was charged with several accounts of second-degree assault after he squirted semen from a bottle on women as they exited a Giant and Michael’s craft stores in Gaithersburg, Md.

Edwards pled guilty to one of those charges (the rest were dropped as part of the plea deal). He was fined $500 and given a three-year suspended jail sentence, Montgomery County records show. His probation period ended in June 2014.

Many Fusion 360 clients took to Reston Now’s Facebook page to defend the gym and praise Edwards in spite of the charges.

“Michael can be an absolute gentleman; articulate, polite, and mannerly,” said one commenter. “He’s kept the professional company of some of the most beautiful women in the fitness industry. If there is any credibility to this most recent charge, please factor in that this is not a schizophrenic looney who hides in a raincoat and is incapable of keeping a job.”

Police want to hear from any other potential victims. Anyone with information is asked to contact Crime Solvers electronically by visiting www.fairfaxcrimesolvers.org or text-a-tip by texting “TIP187” plus your message to CRIMES(274637)** or by calling 1-866-411-TIPS(8477), or call Fairfax County Police at 703-691-2131.