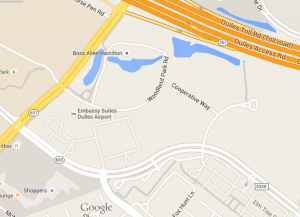 Fairfax County Police have arrested two 16 year olds in connection with an armed robbery at the Woodland Park Apartments in unincorporated Herndon on Saturday.

A man told police he was siting in his vehicle in the center’s parking lot off of Centreville Road about 6:30 p.m.when he was approached  by two male teenagers.

The suspects displayed a knife and demanded property, police said. The suspects took property and fled to a nearby apartment complex.

Police called the helicopter and K9 team and located the suspects. The two juveniles, from Sterling and Herndon, were charged with robbery.

In other weekend police news from FCPD’s Reston District Station: