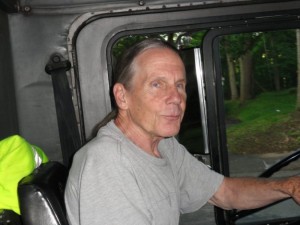 Reston Trash, which has been servicing the area for more than 40 years, announced it will shut down on Oct. 1 due to the health of president John Hasle.

“I have been dealing with steadily worsening health problems for more than 15 years,” Hasle wrote in a letter to customers. “Results of recent testing and evaluations dictate that my condition requires me to stop working and seek the most advanced treatments possible without delay.”

Reston Trash, founded by Hasle in 1974, serves more than 500 homes in Reston. Hasle said the accounts will be turned over to American Disposal Trash Services, another local company. Reston Trash’s customers will begin service with American Oct. 1, said Hasle.

In 2011, Reston Trash customers stood with Hasle when American allegedly launched a door-to-door sales campaign encouraging homeowners to switch to their company. ADTS reps were apparently telling homeowners that Reston Trash was selling to another company, AAA Trash, according to a Reston Patch story.

One Reston Trash client said on Tuesday he is upset that Reston Trash “unilaterally moved all of their accounts over to American Disposal.”

“This is a cause of considerable concern as I see it,” homeowner Chris Lamb said in an email to Reston Now. “First, neither Reston Trash nor American Disposal enjoys power of attorney over any former Reston Trash customer. Once Reston Trash ends operations, my contract with them ends. I found this out when I called Republic and American to obtain competing bids. American told me I was already a customer and ‘locked’ into a rate.”

“After I explained they have no right to unilaterally sign a service agreement on my behalf they agreed to cancel my account. … I can’t imaging Cox cable going out of business and unilaterally signing their customers up for Comcast.”