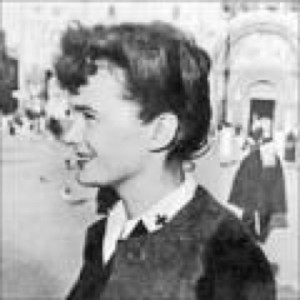 There will be a celebration of life Sunday for longtime Herndon High Latin teacher Christine Sleeper, who died earlier this year in New Hampsire at age 98.

A native of New Hampshire, Sleeper was a graduate of the University of New Hampshire and Radcliffe College. According to an obituary, she also earned her pilot license at age 25 in 1941.

Sleeper was an air traffic controller at Boston’s Logan Airport in 1944 and volunteered for the Red Cross and served in Europe during the end of World War II. She married Col. Raymond S. Sleeper of Laconia, NH, in 1946 and raised six children while moving every few years to a new Air Force base.

Sleeper taught at several places before settling in Herndon.

“Christine never stopped learning while she travelled the world-she took her Latin students and herself, alone, to dozens of countries across the entire planet,” said the death notice written by her family. “Her children, her students, and her teaching colleagues remember Christine as creative, energetic, willing to help anyone learn, and always prepared to Carpe Diem!”

Sleeper had this to say about teaching, according to a book her family organized on her long life:

“Mine has been a lifelong love affair with Latin. It is a vibrant, multifaceted subject. When you teach Latin, you teach about life — about philosophy, mythology, language and derivatives. You learn about ancient times and ancient thought. If you know how things were before, you know what’s good about today. If you’ve had Latin, you’re a better writer; a better speaker, and a better person.”

Sleeper was a founder of the National Latin Exam in 1976. She also was Virginia’s Distinguished Foreign Language Teacher of the Year in 1980.